GRF DALLEY NEWSLETTER 0034 – A COMPILATION OF LEGAL NEWS AND EVENTS 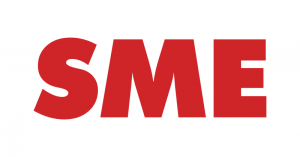 The Federal Government plans to launch a series of one-stop shops across the country to facilitate smoother government regulation and interface between entrepreneurs and agencies like the National Agency for Food and Drug Administration and Control (NAFDAC), Corporate Affairs Commission (CAC), Standards Organisation of Nigeria (SON), Federal Inland Revenue Service (FIRS), and others. The One-Stop Shop programme is part of the on-going nationwide Micro, Small and Medium Enterprise Clinics for Viable Enterprises (MSME Clinics) initiated by the Presidency in January 2017, aimed at providing a platform for convenient and easy interactions between regulatory agencies and MSMEs doing business in Nigeria. 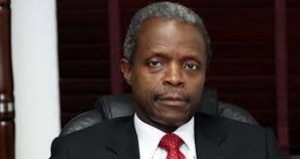 The National Council on Privatisation, which is chaired by Vice President Yemi Osinbajo, has approved the immediate revocation of the concession of the Lagos International Trade Fair Complex. The trade fair complex was in 2008 given to Aulic Nigeria Limited as a concession, a move that had come under severe criticism by several trade groups. The NCP also approved the commencement of the privatisation of the Afam Power plants 1-5 in a bid to injecting additional power into the national grid and improving electricity supply nationwide, as well as the immediate commencement of fresh privatisation of Yola Electricity Distribution Company. 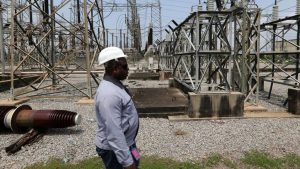 Egbin Power Plc has unveiled plans to invest $1.2 billion (N432 billion) for the construction of 1,575 Mega Watts in Nigeria.The plant which is expected to be completed by 2020, is expected to increase the supply of electricity to homes and businesses in the country,
According to the Managing Director and Chief Executive Officer, Egbin Power Plant, Dallas Peavey, the environmental assessment for the proposed plant has been completed. “We are beginning the preliminary engineering for the design and we have already secured the land.
Guardian

BOL, MADE SEAL PACT ON FUNDING FOR LEATHER PRODUCTION 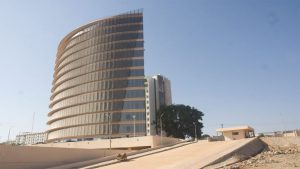 DAI- Market Development in the Niger Delta (MADE The Bank of Industry (BoI) has partnered) and the Leather Product Manufacturers, to drive leather production in Nigeria.Indeed, the Development Finance Institution (DFI) noted that the leather industry has the capacity to drive economic growth as well as creating job opportunities for Nigeria’s teeming unemployed youths.The Managing Director, BoI, Investment and Trust Company (ITC), Betsy Obaseki, explained that as a DFI, its mandate is to stimulate and drive industrial development across the country, pointing out that it had identified the Aba cluster as a potential hub to drive leather production in Nigeria. 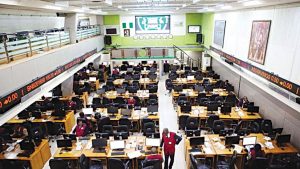 The news from the National Bureau of Statistics (NBS) that the Nigerian economy has finally crawled out of recession after five consecutive quarters of negative growth could not buoy investments in the equities market, as the bears retained their strong hold with a galore of losses. Thus, price losses outweigh gains on equities on the floor of the Nigerian Stock Exchange (NSE) yesterday, as more highly capitalised stocks joined the league of losers’ resulting to a further slide in market capitalisation by N20billion. Specifically, at the close of trading yesterday, market capitalisation of listed equities fell by 0.16 per cent to N12.217trillion from N12.237trillion traded last week Thursday. Also the NSE All Share Index depreciated by 58.17 basis points to 35446.45 points from 35504.62 recorded previously. 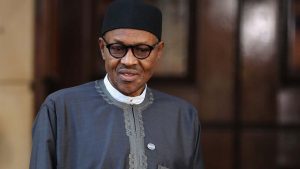 “Until coming out of recession translates into meaningful improvement in people’s lives, our work cannot be said to be done.’’With these words yesterday, President Muhammadu Buhari declared that despite the claim by the National Bureau of Statistics (NBS) that the country has exited recession, the real impact would be better felt when ordinary Nigerians experience a change in their living conditions. Ordinary Nigerians cannot see an end to the recession as long as the prices of food items are still high. Buhari, who spoke in his country home in Daura, Katsina State when he received the President of Niger, Alhaji Mahamadou Issoufou, told reporters that he was “very happy’’ to hear the country was finally out of recession. He commended all the managers of the economy for their hard work.

U.S. authorities are investigating china petroleum over allegations that the state-controlled oil producer paid Nigerian officials about $100 million worth of bribes to resolve a business dispute, according to people familiar with the probe.

Investigators from the Securities and Exchange Commission and Justice Department looking into allegations that outside lawyers acting as middlemen for the company, known as Sinopec, funnelled illicit payments from its Swiss unit to the Nigerians through banks in New York and California, said the two people, who didn’t want to be named discussing an active investigation.

The alleged payments were intended to resolve a $4 billion dispute between the Chinese oil company’s Addax Petroleum unit in Geneva and the Nigerian government over drilling and other capital costs, tax breaks and a division of royalties between Addax and the Nigerian National Petroleum Corporation, the people said.